The Rising Tides of Humankind

Video included at bottom of page at no additional charge.

Hurricanes, tidal surges, biblical rain events…coming soon at a shore near you.

As I walk our Long Beach shores I see the yellow machines rebuilding our jetties. It’s part of our comprehensive beach renovation project. Sand will be be pumped from the sea bed, berms will be built, all to mitigate the ever rising tides.

But as I walk, I wonder, one hundred years hence, how many feet below the sea’s surface will this path I now trek be?

I thought of the many ways the shape of America is changing.

As water seeks its own level, so also does humankind seek economic equilibrium.  Just as melting glaciers raise the tides upon our shores so also do disparate economies raise the human tide upon our borders. Human activity contributes to both.

Our condo is on the top floor of a six story building. One side of the building looks down on sweeping white sand and tumbling surf., 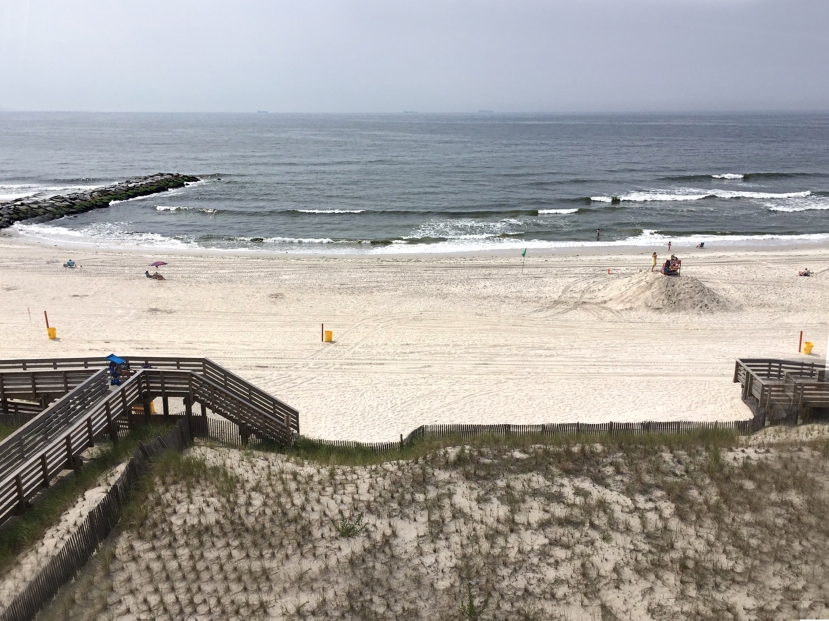 The other, the street side, looks down on…the street…and a sea of rooftops.

It was midsummer when I looked across the street at the bent men working in the heat.

The roofers worked atop a three story town house.

I marveled at their labor in this ninety degree sun. But as hard as it was, I knew they were glad to be employed. Honest working men are always grateful to find a way to feed their families. And they will migrate to do so, a human tide in search of a means to survive.

It’s a common hominid trait, of course. It’s the same trait that motivated hunter gatherers to move from place to place. The same trait that still motivates men and women to cross deadly deserts to feed their families. Or to navigate seas with nothing between them and hungry sharks but mere millimeters of rubber. I would hope that were I at their age and place on this planet…I would have such courage. It seems for the most part, that the more difficult the migration to lifeboat nations, the better gene pool survives the effort.

My brother, Rod was a roofer many years ago. He told me of a young man, a new guy, who worked on roofs:

Newguy was pounding nails in rhythm with another worker on a remote part of the roof, Bang, bang…bang, bang…bang bang. The syncopated beat of two hard working men.

But then only one hammer could be heard, distinct single blows, bang…bang…bang. No one gave it much thought at first.

But then, a few minutes later, the plankel-plankel sound of the ladder jostling against the roof gutter got the foreman’s attention. Someone was climbing up from two stories below. The foreman wasn’t expecting anyone so he was surprised at the sounds.

Newguy’s head and shoulders arose over the roof’s edge. He had a 60 lb. bundle of shingles over one shoulder.

The foreman asked him, “Where were you?”

Newguy had to admit his incredible ruse. He said he had fallen off the roof but in an effort to prevent anyone from noticing, he picked up a bundle of shingles and came back up. He said, “I did’t want to lose my job.”

The men across the way had scraped the old shingles off the steeply slanted roof the day prior, now they were busy banging upraised nails into the wood underlay.

They wore rope sashes around their waists anchored on the buildings reverse side to keep from falling. 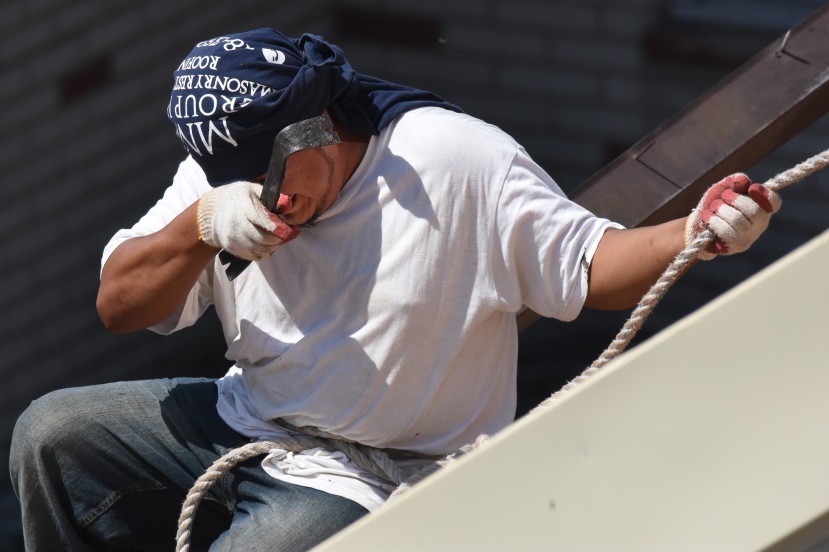 Labor they did in the afternoon sun.

I said to Cheryl, “It would be nice if there were some way we could get some ice pops to them.” She said, “You’ll figure it out.”

I went to our deep freezer and extracted about dozen various flavored ices: raspberry, pinapple, strawberry, grape. All of these, quality ice pops, even a good amount of actual fruit inside them. But one open box contained a chocolate flavor that Cheryl said she wasn’tt crazy about. There were only a few left, I took them too along with a couple of ice packs.

I crossed the street and found one worker cleaning up fallen shingles on the far side of the townhouse. I opened the cooler and showed him its contents pointing to the roof. He took the blue canvas cooler and began to climb the scaffold. He was smiling and waving as I took photos of his progress.

Cheryl took photos from our terrace while I was across the street and when I returned home I took more.

The men stopped work and as they ate the frozen treats I called over to them so they could see I was taking photos. They smiled and waved and called out to me. 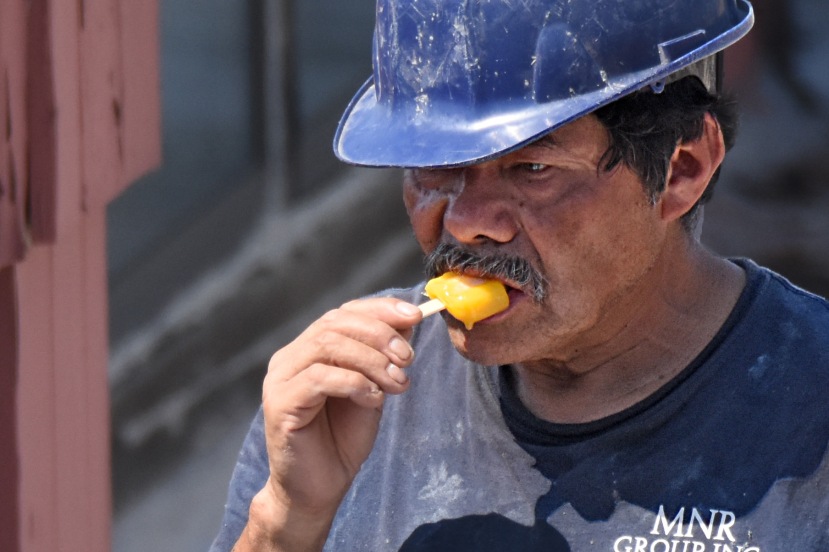 I told Cheryl what ices I had brought from our freezer. When she heard the chocolate flavor she cringed. She said, “Oh no, they won’t like them.”  She said they were veggie flavored ices.

Cheryl’s a vegetarian and even she didn’t like them. She said, “They won’t either.” I said, “They’re ices, the men are on a hot roof, what’s not to like?” But when I looked at the label on the box and saw, “sweet potato” and “beet” flavors, I regretted my offer to them. 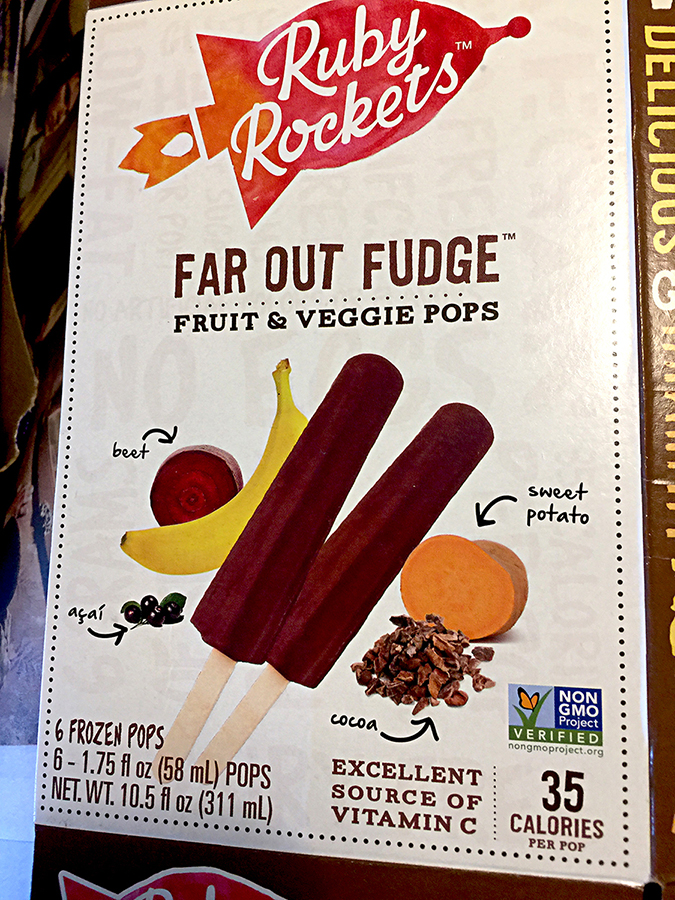 But there, through my Nikon lens, I saw one of them “savoring” the icy beet and sweet potato flavor on the hot roof:

When Cheryl went to the supermarket the next day I asked her to buy more good ices. She came back with two boxes of nut encrusted ice cream pops. 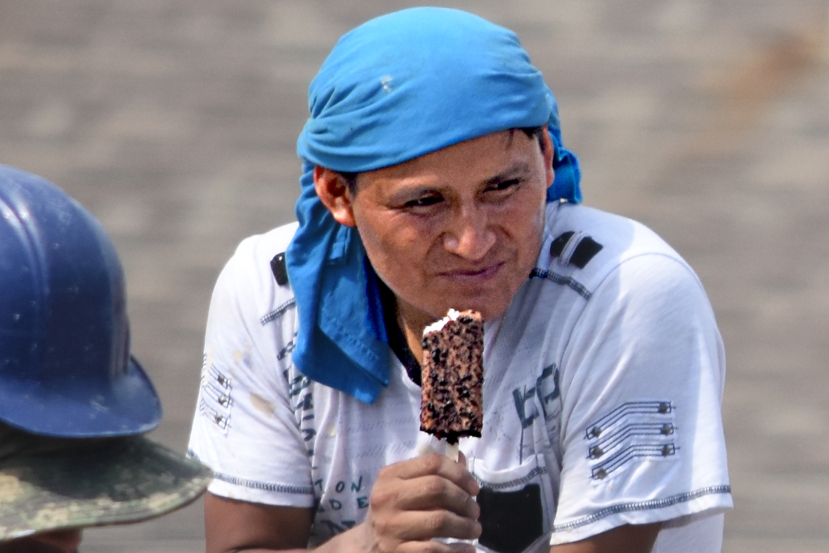 I suspect most of you, like me, had European ancestors who came here legally and because of that can’t help feeling resentful of illegal immigration. Me too.

But I sometimes wonder, and it does temper my resentment, if my grandad lived just across our southern border instead of a 3,000 mile North Atlantic border…what would he have done?  Many of the most determined of humankind did overcome borders that vast…”without papers.”

Of course there is a need for a controlled border, just as we need berms and dunes and jetties to mitigate the rising sea tide. But border walls and beach berms will not halt the inexorable movement to equilibrium.

Butch Cassidy and the Sundance kid: Butch, “What’s the matter with you?”

Butch, laughing, “Why, you crazy, the fall’ll probably kill ya!”

I think we need not fear immigrants taking down our working class. Hell, automation and robotics are the rising tide that will “probably kill ya.”

I saw the roof as a vignette of our historic times. The many decades-long creep of the browning of America…whether we European-decendent Americans liked it or not.

A hundred years from now history will review these decades as the turning of the tide in America. A tide of brown-skinned laboring men and women whose children would perhaps one day become dentists, lawyers, police officers, firefighters, government leaders, successful assets of America. An America of amber waves of grain, yes, but an America too of amber waves of men and women…waves of a tide no sea wall would deter.

There is no reason for me to deduce with any certainty that these men were not here legally. Although across America many such workers are not, every one of these might  be citizens.

But even if they came across our border “without papers” I saw men in the searing sun bending their backs in labor for their families. I saw myself in them. It was as if there were a mirror on that roof that reflected the face of me…and maybe one or two of you. 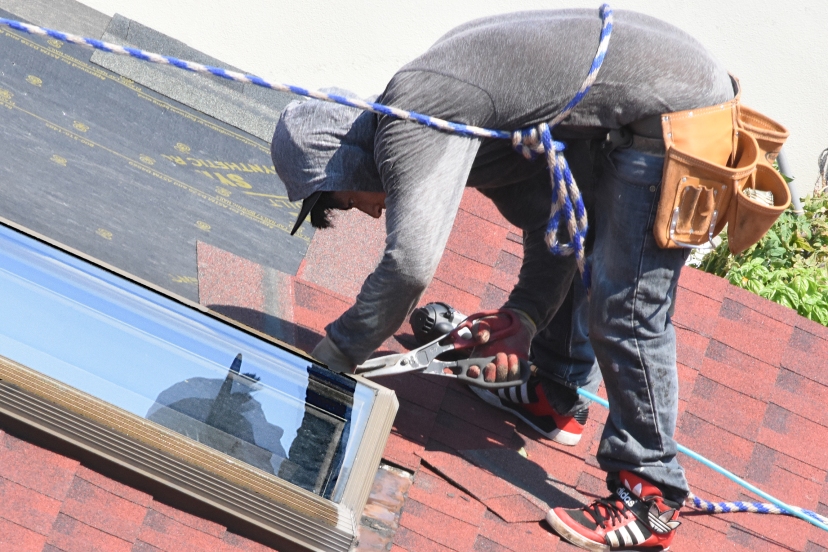