Leap to Death…or Stand for Life

Some of us are drowning on this sea of life.

She was pretty much following the example of her good friend Miriam when she jumped in front of the train…Miriam hung herself.

It was a sunny Sunday morning in Long Beach and I was busy shooting life at the sea’s edge, gulls, ospreys, sandpipers. I’ve seen a variety of life at the edge this week, dolphins, even a whale. But it was shore life of my own species at the edge, homo sapiens shorus strollus, that caught my attention. I spotted the species, strolling the shore and gathering sea shells. I snapped a candid shot of her and when I offered to send it to her, she said, “Sure, I’d like that.”

When I asked if she lived in Long Beach, she said she did not but was visiting with a friend, a man now in the surf near us. She said she came to the seashore to “forget everything for a while.” She seemed troubled about everything she was trying to forget and was eager to tell me about it, so I listened.

As Iris’s story began to unfold I asked if I might write about it in my blog, I said it might be helpful to others. Again she said, “Sure.” She told me I could use her real name and that I could take more photos. But I’m not using her real name nor using identifiable photos.

She was wearing the bathing suit that her friend Miriam had given her, it meant a lot to her. Both were in their mid twenties, a time of life when young women leap forward in life, toward careers, toward love, toward families, not leaping with a noose into eternity, nor in front of speeding steel wheels. 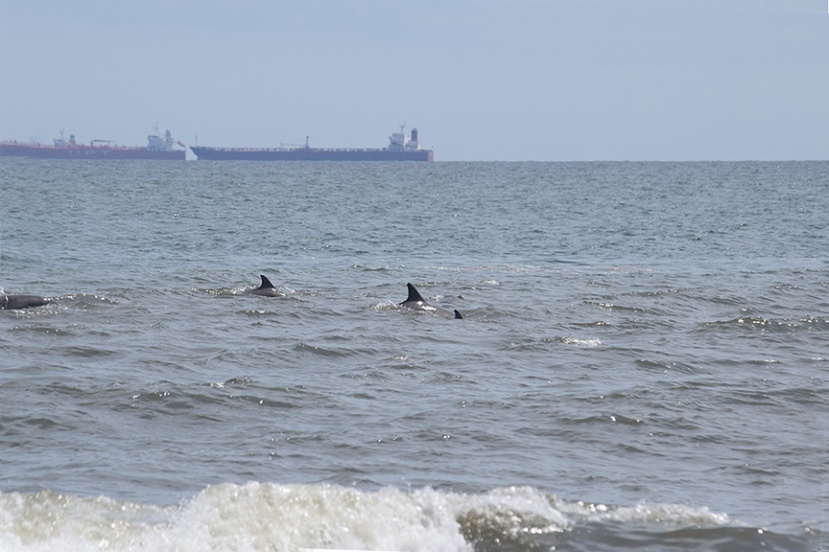 Dolphins help the sick and injured among the pod, sometimes even forming a raft to support a sick pod member:http://tinyurl.com/dolph-hlp

Iris told me she’s celebrating a year clean but it hadn’t been easy. As her story unfolded it had a very familiar ring. So many of our young are caught up in addiction, often ending in death by overdose or other means. Iris was a middle-class addict, the class whose ruined lives might be a bit more likely to get public attention than the poor and addicted. They go largely unnoticed.

When I read in the papers about drug overdoses in the bad hoods I once worked, I take it as part of the territory. But if I read about a cop’s daughter, a teacher’s son or the child of any middle class parent overdosing on heroin or taking their own life…it hits me. And I think many of you. Because it’s about us. This time it’s about the life and death of our own…the kids we raised, the  kids we love.

Linda Ventura, a financial advisor lost her son, Thomas to heroin. She now carries his ashes in a Tupperware container as she works for change:http://tbrnewsmedia.com/tag/linda-ventura/ More stats and stories on Suburban heroin:http://www.suburbanheroin.com

Most of us receive a serving of trouble in our lives in one way or another, but some are given double helpings.

Iris had two moms in her life, one her biological mom, deserted her and her dad when she was four. The other, his second wife, did the same twelve years later.

Iris was close with her dad who owned a good business. He paid for her first year in a very good college where she majored in sociology and psychology. But then he lost the business and she had to rely on student loans for the remaining three years. She said her dad kept paying for her phone and car as long as she maintained a 90 or above average. But she wasn’t a good enough student to get the high marks dad demanded.

Then she met a man, a helper, who showed her an easy way to improve her performance.

She said, “This guy I started seeing was a drug dealer in school. One night, on campus, I was studying, he said ‘Here take one of these it will help you study and concentrate’”. It was Adderall.

She said, “Oh my God I did like a six page paper in like two hours.” Iris thought it was wonderful. She said, “You feel like you can do everything better. I was doing very well. My dad didn’t believe in medication until I got my grades back and I showed him. He said, ‘Okay, I guess you do have ADD.’ He was okay with it. He didn’t know that eventually, I was abusing it. I was on it for years, the same dosage. But it needed to be increased because, over time you get immune.” She was able to get through almost her entire college course schedule but had to drop out just three credits short of her Bachelor’s degree. and $200,000 in debt. 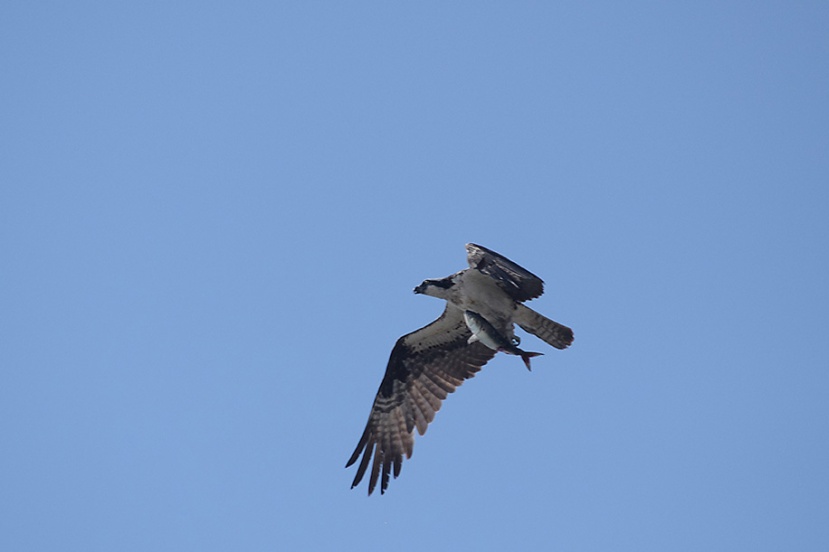 Ospreys faced extinction due to DDT, a “help” to forestry. They rebounded with a rescue from concerned Americans with a DDT ban. The fish species, bunker or menhaden haven’t applauded the rescue, however.

When her dad lost his business, his house and his wife he was devastated. He picked up drinking after a long time sober. Later he found himself “sleeping on grandmas couch.”

Iris said, “After I got out of school I was so addicted to it I couldn’t even get up out of bed without taking it, I felt like I couldn’t go to work i couldn’t do anything. Then I started with pain killers which did have a similar affect but he (the dealer) didn’t have anymore Adderall. At first they made me sick, I was throwing up from them. They were Oxycodone, the little blue pills. I went to a dirty doctor. I’d give him $150 and he’d give me a prescription for 120 pills, they go for like $25 $30 a pill. But I would take them all myself. I’d be done with that in less than a week.” 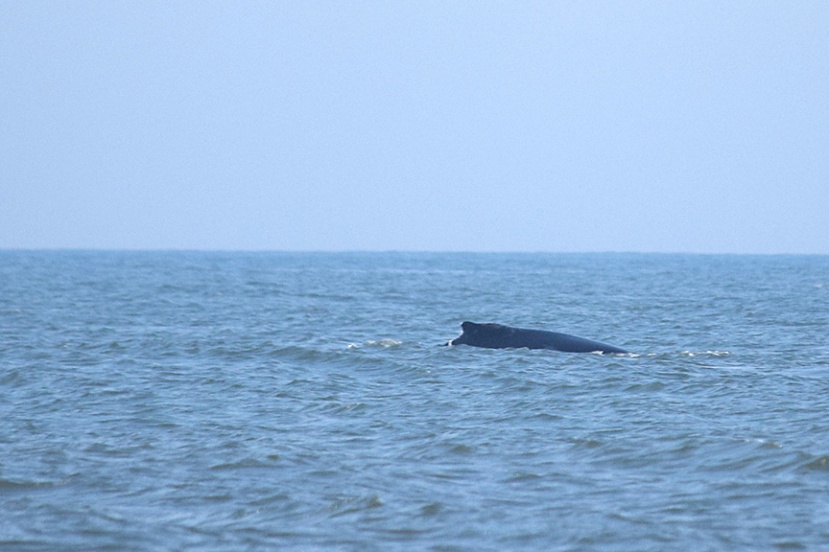 A whale off Long Beach. They never surrender, one lived over a hundred years after sustaining an explosive harpoon:http://tinyurl.com/whl-surv

Iris spoke rapidly, she seemed to find catharsis in telling me her story. I think she hoped it would help others who read my blog.

She had a female roommate to help pay her apartment rent but the roommate moved out. And when she did move out she had her cousin, a guy, move in. She said, “He kept hitting on me and making me feel uncomfortable. I rejected him, He got nasty and he moved out and I had no one to help pay the rent.” So she found herself alone, addicted, unable to pay the rent. Then she came upon her next helper.

She said, “So I met this guy, he was a mutual friend. He was sleeping in the park. I told him he could sleep in my empty room a couple of days.” He only needed a couple of days, he told her, after that he intended to stay with his Uncle.

She said, “But once I let him in he never left, he changed the lock on the door, refused to leave, didn’t pay rent.” But he too helped her, “He’s the one who taught me about heroin. Heroin is like the dirtier drug, like people think pills aren’t so bad but they are.” She didn’t inject the heroin, she snorted it. She said, “My veins were too small but that probably saved my life.”

She was now hooked on heroin, was $200,000 in debt, had no job. She stayed with her grandma, slept on grandma’s reliable couch. Grandmas are often the default flotation device on the sea of life.

Then she stole from grandma.

Then she became a prostitute.

“I come to the beach to forget everything for a while,” she said.

Her family, she had two sisters and a brother, were estranged from her.

When she found out she was pregnant, “I freaked out,” she said. My dad was saying I had to get rid of it.

So after  considering her situation, no mom due to desertion, her family no longer wanting her, realizing she was pregnant, she jumped in front of a train…on Mother’s Day.

The train stopped just short of her on the tracks. The train crew removed her to the platform and called the police. But she didn’t wait for the police. She took off down the tracks to the next station, “ditching my cell phone,” along the way.

The police used the phone contacts to locate her apartment, she wasn’t there but they thought she might be inside hurting herself so they opened the door. When she did get there two days later her roommate had left an eviction notice on the door. The roommate was irate over the police coming into the apartment and told Iris, “I didn’t sign up for all this drama”.

Iris is not pregnant now. She is still clean after a full year. She goes to treatment every day except Sunday. She’s staying with the friend who brought her to the beach. She knows she will fully recover.

She said, “I have no desires at all, no craving to go back. People still offer it to me. I’m disgusted by them, I get nasty with them. I say,” why would you do that?” They’d say, “I thought you were finished with that,” (the clean and sober). She told me, “I know only one person who made it through and had not died.”

Iris would like to take those three missing college credits for her degree. She wants to help others now. She said, “I want to do group counseling but maybe even in middle school because they are starting so much younger now. I met my first addiction counselor when I was in seventh grade…and she helped me so much.”

Sometimes, all a drowning person has to do is…stand up.