They did it again. They came to support the Make-A-Wish Foundation sure, but they also came…to just have fun.

They were the young and…the once young. They were of many hues…all…American hues.

Seven thousand of we Americans took the Polar Bear plunge on Super Bowl Sunday at Long Beach, NY. The air and water temps were just about even, 40º, and the wind was from the West at about 10 to 15 mph. So it was a refreshing dip day. But a little sunshine would have been nice. 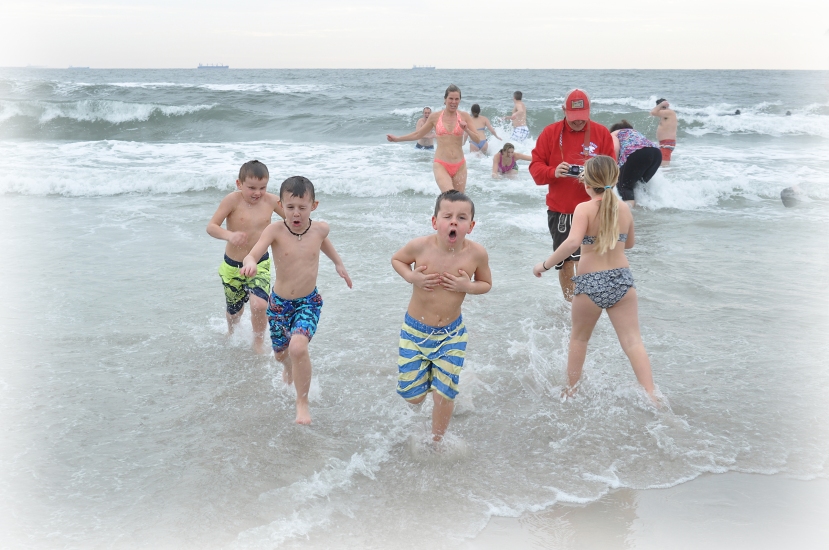 About ten thousand more viewers and boosters, were at the ready with smart phones, point-and-shoots or DSLRs. 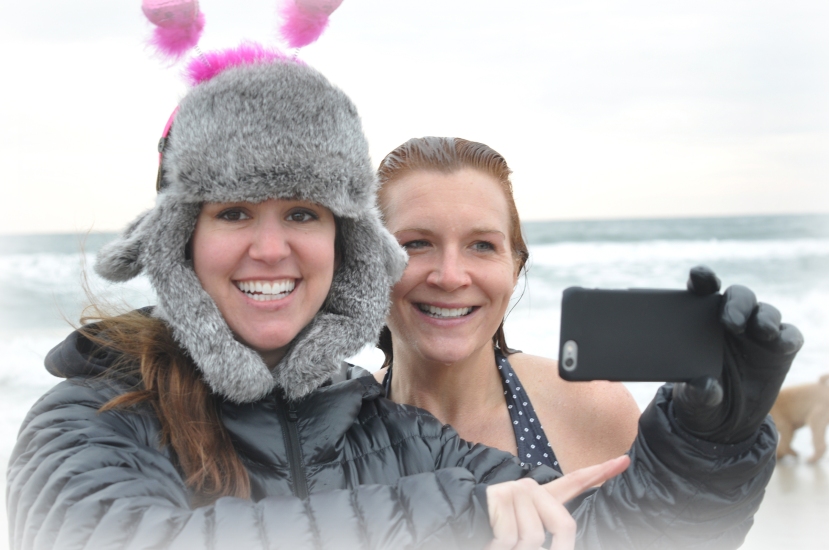 I had two of the latter, a 300 mm zoom and a widey, I came dually armed. But it helped to capture the quickly changing close-ups of mom’s and pops and distant shots…of retreating tots.

There was a pronounced American flag display, in and out of the water, which is always good. I think it brings us all together in these trying times.

There’s something about the red white and blue that warms the heart…when we need heart warming the most.

After all is said and done, we are Americans, let’s remember that. And as Americans, we sometimes like to gather…and let it all hang out…together. 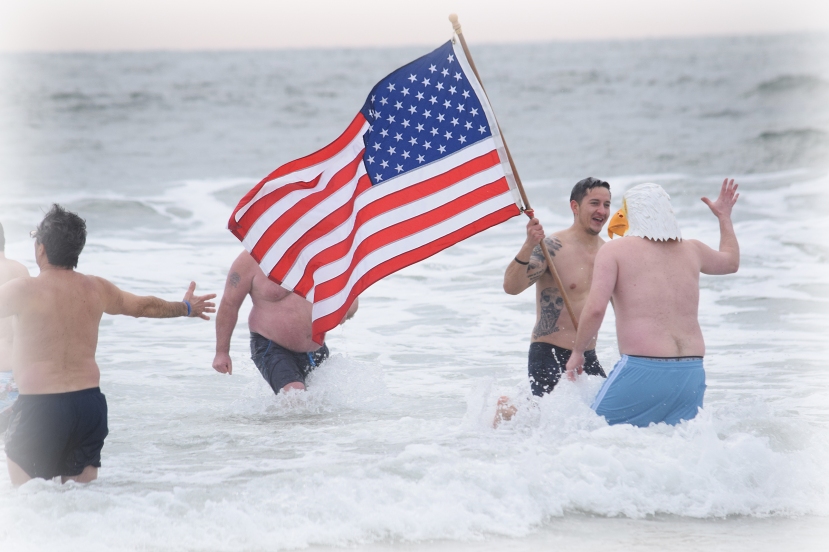