May 18 oystercatcher progress: The West nesters are still sitting after the flood:https://leebythesea.me/2016/05/13/compassion-on-the-sand/ 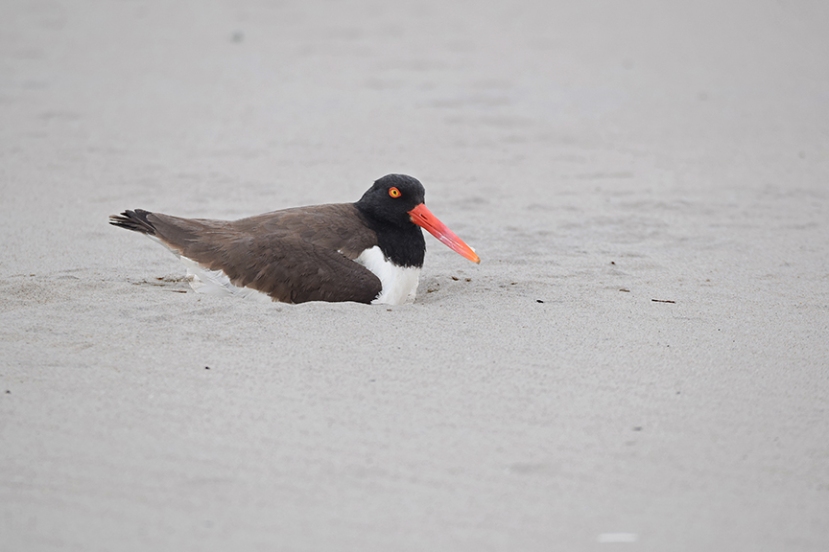 Birds express in action what they cannot utter, as above, perseverance.

The East hatchlings were scampering all over their new world. A couple of invading gulls appeared. But they suffered parental wrath…as do all flying “fiends”.

It started out cloudy but as the morning turned to noon the sun blazed against the white sand and Mom put the tykes in her shade from time to time. 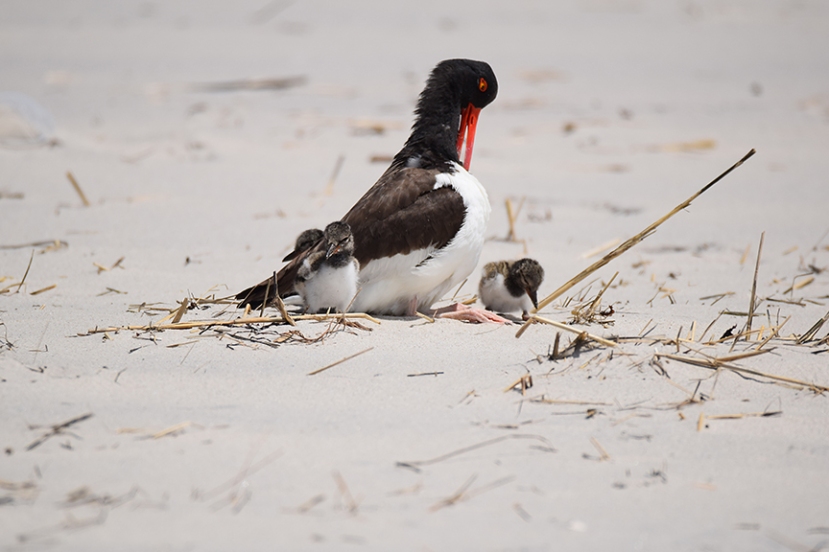 Feeding was under a watchful gaze. 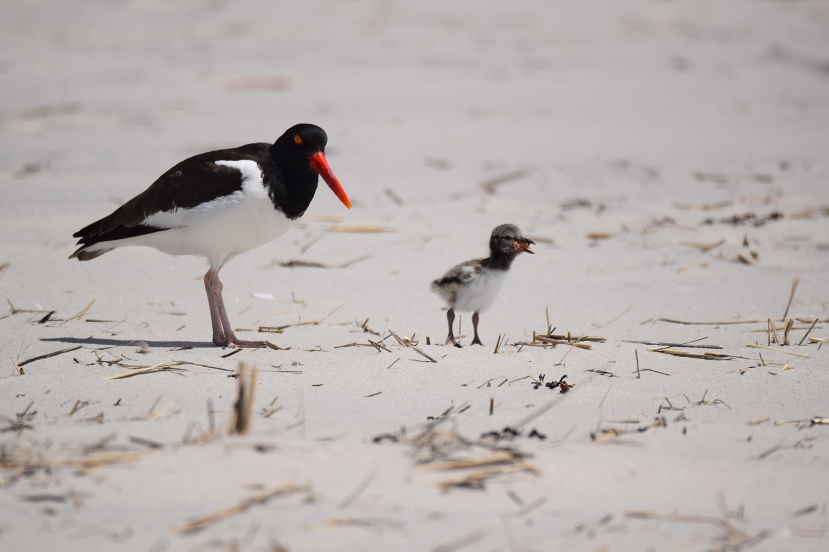 I went up to the boardwalk and found two avid wildlife watchers, Dan and Linda Quinlan of Island Park. They’ve enjoyed everything from sandpipers to whales on our shores and wonder why people travel so much when it’s right here on our own shores. They find the sanctuary in Oceanside especially fun for it’s osprey nests which have chicks in them right now: Oceanside Marine Nature Studies Area, 500 Slice Dr. Oceanside.  (Long Beach Rd to Waukena Blvd. follow signs.) 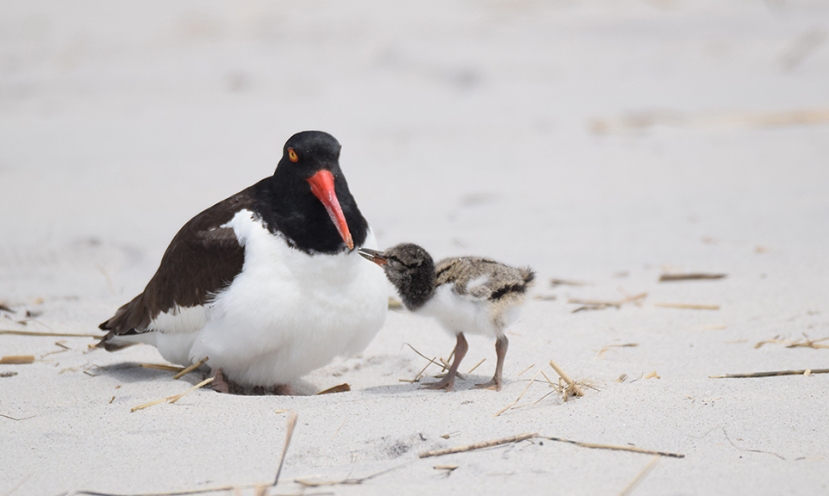 Then a binocular toting gent by the name of Jim Brown happened along. He’s a recently retired Librarian formerly of Shelter Rock and the Glenn Cove Public Libraries. He’s now the Conservation Chair of the South Shore Audubon Society. Wow, what a perfect combination, a life of words and birds.

To work surrounded by the words of Yeats and Shakespeare, then burst into exploring shores and marshes filled with sandpipers, ospreys and egrets. There’s a nice balance for ya. Kinda like leaving Plato’s cave…and seeing the sun. Or leaving 26 years of subway patrol…and beach blogging.

Jim noticed that the people around Long Beach are really interested in the shore birds and he’s very pleased to see that. I told him about Anne Bickford’s Long Beach Oystercatcher Group: http://tinyurl.com/zvnlk6c 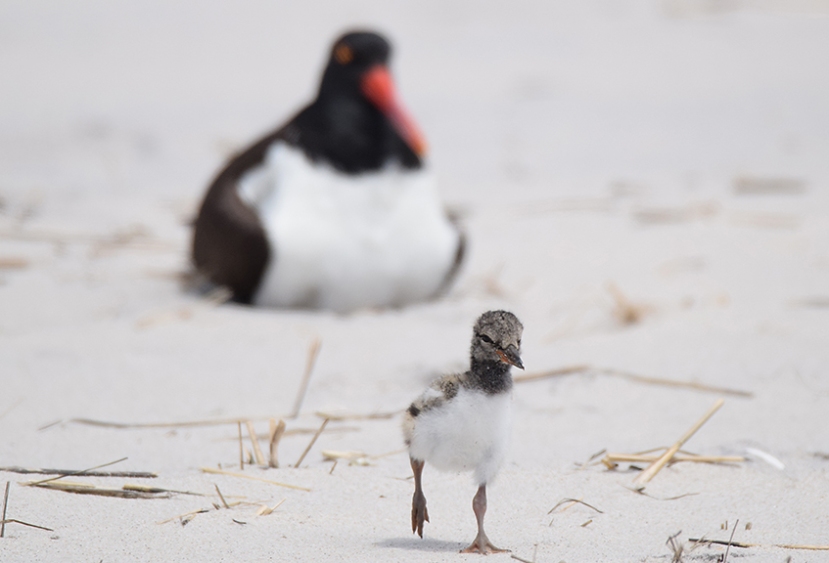 He said the Audubon Society has a “Good Egg” program in which people promote the care of nesting birds, like making sure to keep away from cordoned bird areas and not to let your dogs run free, etc.

Also the Audubon Society of the Town of Hempstead has a program in which volunteers, in early season, look out for plovers, an endangered species. If interested in any of this worthy work contact the South Shore Audubon Society: http://www.ssaudubon.org or on Facebook: https://www.facebook.com/SSAudubon/?fref=ts

Jim said there are posts on their F/B page about the Oystercatchers of Long Beach.

You can also go to Audubon.org: http://www.audubon.org or you may even call Jim Brown direct at 516 608 1446. But on the web site is the president’s number which is probably better for the next couple of weeks, Jim said. I’m very impressed with people who are so passionate about their efforts on planet Earth that they give out their phone numbers. 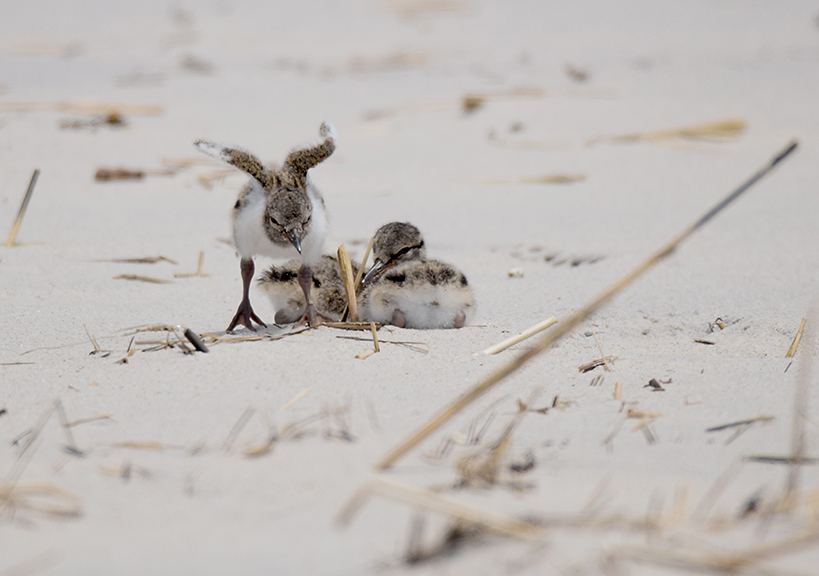 We all chatted about the nests being out in the open. Jim said, “Yes, even the plovers do that.” We spoke of the threat of gulls, feral cats and raccoons but then Jim brought up the sad fact that we humans are a real threat too. “They need to give the nests a wide berth.” Jim said.

We spoke about the nesting times such as this when the city takes the cones down but the chicks are still so vulnerable to passing maintenance trucks, etc. I thought it might be good to leave a cone with a sign as a warning marker: Vulnerable Wildlife In Area. It might also serve as an advisory to beach goers. Jim thought it was a good idea and would look into it.

Linda recalled a woman who kept going so close to the nest to take pictures and the oystercatchers “were chasing and yelling at her. People on the boardwalk were calling out to her about it.” She added, “The woman said, ‘Oh no, they’re coming like that because they’re friendly. I do it all the time.’” Ah, words of the species homo sapiens…what they reveal.  Jim Brown put an exclamation point to the conversation when he said, “It’s all about educating the public.”

But I’m thinking Hey, maybe the lady was right, I may have misinterpreted my Parris Island D.I. shouting in my ears, they might well have been…terms of endearment. 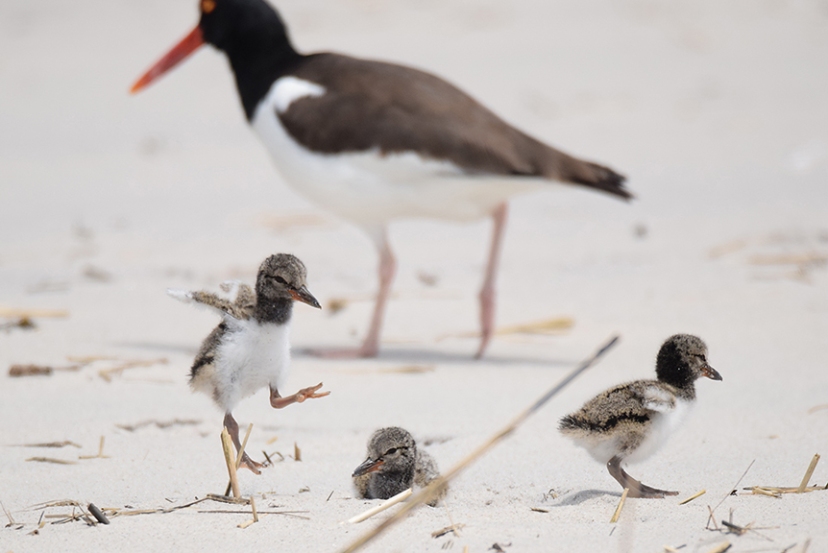