The Whales of October are Here

The sea is alive with a frenzy of feeding.

The ocean off Long Beach, NY seemed  particularly healthy this year, last year too. This year the water was as clear as the Caribbean, though not coral- blessed of course.

Dolphins have been seen more often of late and whales too.

I was biking on our famous Long Beach post-Sandy boardwalk the day before yesterday when I saw a huge flock of gulls off shore near Magnolia Blvd.  Upon close watch I spotted the blowing of a whale several times, once a mere hundred yards from shore. But I was sans camera. Me! Imagine that?  So I huffed it home and retrieved my Nikon and a 500 mm lens and went back by car. That lens is big, very heavy and EXPENSIVE. But no whales were there upon my return. Faithful informant joggers reported they were spotted further east.

But due to other engagements I couldn’t get onto the beach again till about 3:00 pm. So I came down our beach with my 300 mm zoom lens, more portable but less effective. But immediately I thought, “You’re gonna need a bigger lens.” (Apologies to Jaws script writers.) It was then that I saw off-shore what at first appeared to be a new white sandbar that emerged overnight. But no, it was something I had never witnessed since I’ve lived in Long Beach.

There was a white froth of water that was almost a football field long. A woman was calling from a terrace behind me, “What is that? I’ve never seen anything like that before.” Gulls were feeding and diving and swirling in the air, a thousand of them. There were many gulls on shore too but those were no doubt the sated-and-sitting, thank you very much. 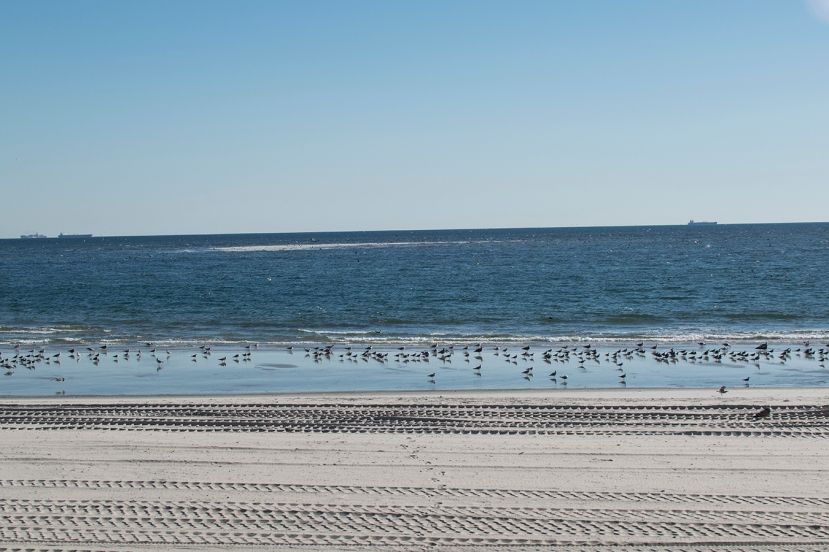 The white water, a boil of bunker, was bubbling like a blue-white cauldron and boats were converging to fish the school. One boat right in the middle of the beer suds. I knew it was likely a whale would be among the throng so I called to Cheryl up in our condo to come down the elevator with my big lens. She was there  in minutes and I changed from a 300mm to a 600 mm. 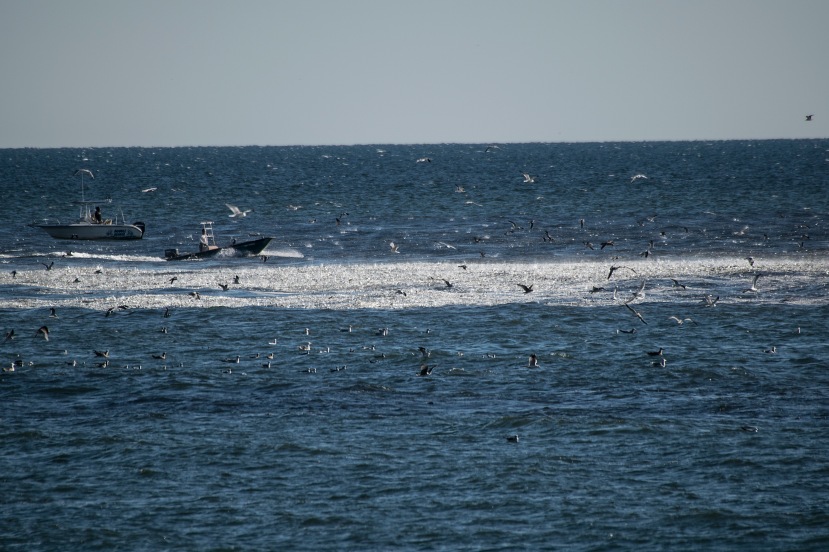 Fishermen made calls too, to alert friends, some dropped everything to board a boat, others waded to close schools of action. 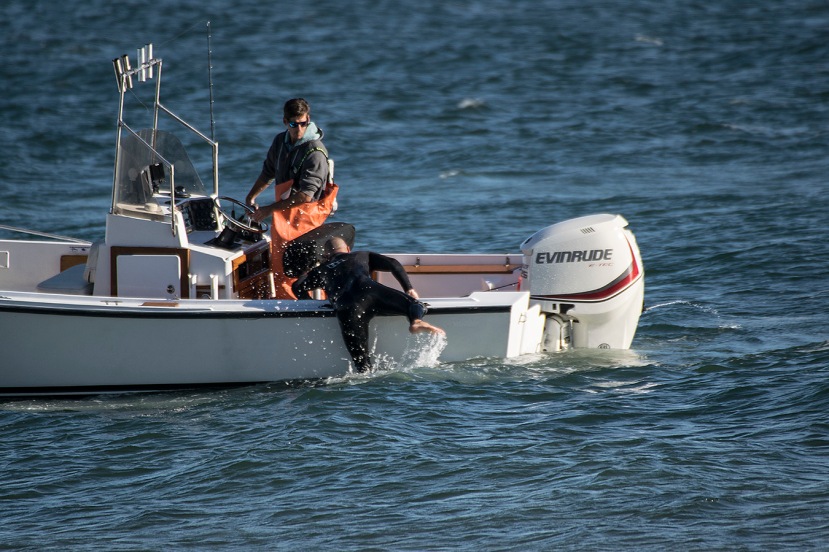 So, there we stood on our new Sandy renovated dune walk looking at the wonderful natural frenzy  unfolding. I spotted a whale and used the railing of the dune walk to steady my camera. From information I was able to gather from fishermen nearby the rush of feeding was among bait fish and bunker, and blues and stripers and of course…the incredible whales.

In one shot that I cropped to enlarge, it looked like there may have been two whales side by side, one maybe a calf next to the mom with a huge fish in its mouth. Other large fish can be seen jumping from the sea right in front of the jaws.

It lasted about a half hour. The island boil slowly dissipated and drifted east but the sea still  pinged with action from individual fish breaking the surface. It was as if a plane was strafing the surf, tearing divots of salt from the surface. 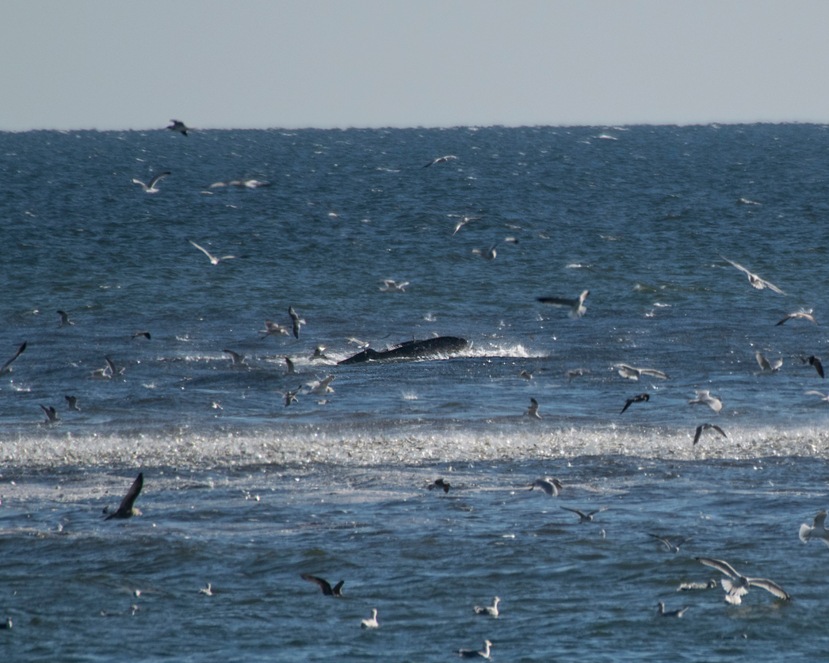 Thank you faithful readers in Brazil