Veterans’ Support? Not Too Rare!

Memorial Day is gone, and, damn the calendar…it’s now summer

I did a lot of bike riding on our Long Beach’s 2.2-mile boardwalk over the Memorial Day weekend complete with wearing a Marine emblazoned Tee shirt: THE FEW, THE PROUD, THE MARINES. Marines often show our brotherhood, our Semper Fi, that way or with the eagle, globe and anchor insignia or just a straightforward USMC across the chest. I mix it up. I wear Marine garb often during the year too. You know, Once a Marine, always a Marine. 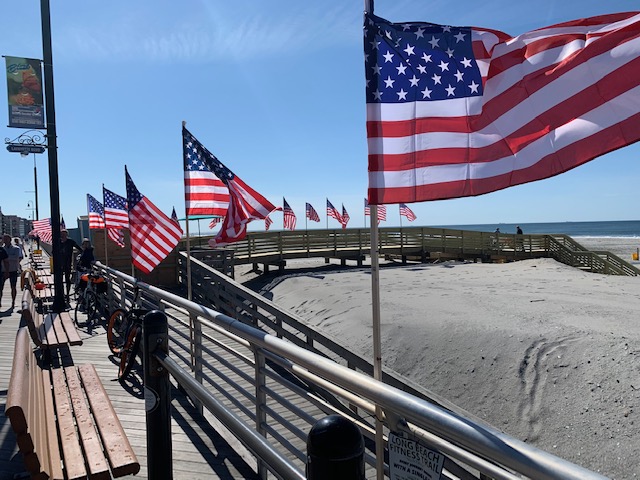 My bother, Rod is a vet too, now residing in assisted living.  He enlisted in the Army and also the National Guard; he’s a Vietnam-era vet and wears a hat to that effect. All three Winters boys were in military service. My brother Arthur who was also Army served in Vietnam, he died in ’94. 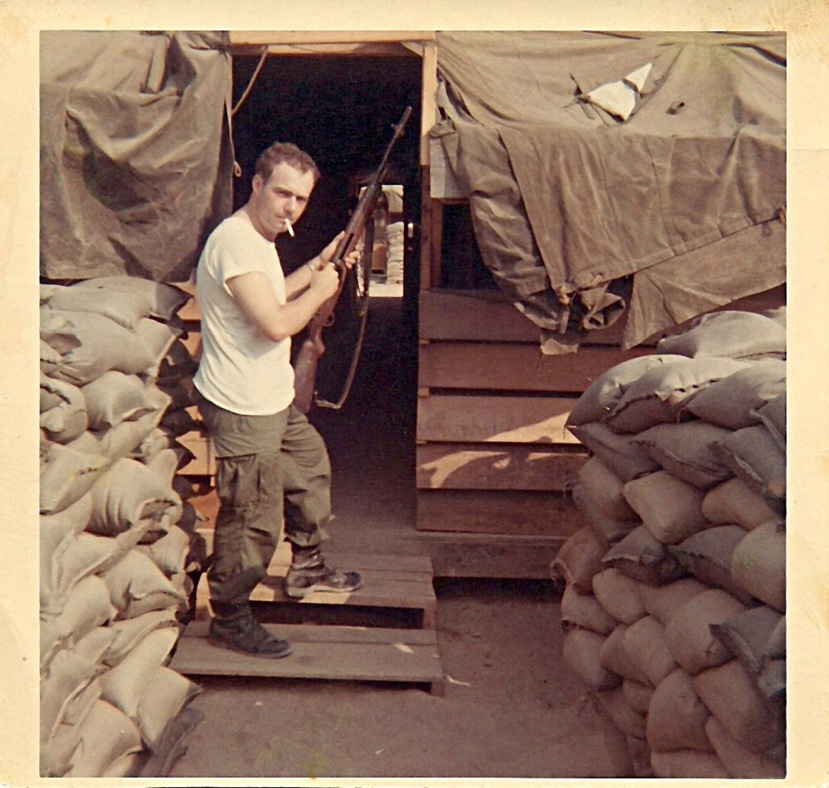 My brother, Arthur in Vietnam

For Memorial Day observance Cheryl and I took Rod from his assisted living to the Outback Steakhouse for some red meat. I don’t eat red meat often and Rod doesn’t see too much steak in his assisted living facility, so the steak experience is pretty exciting for both of us. Outback gives 20% off to veterans on Memorial Day. America needs to salute Outback Steakhouse for that.

Now for my girlfriend, Cheryl, who is vegetarian, Outback a bit less exciting. She usually just has a side of veggies, this time asparagus, last time broccoli. But she enjoys seeing us enjoy. And I mean that.

Rod has a penchant for having food very similar to the way our mom served food. We very, very rarely had steak in those sepia days of growing up. We were more a family of tubular “steak” and beans. But when we had anything like that, a pork chop, a burger, or a steak it would be fried in a pan. So Rod always asks the waiter, wherever we eat, “Can you make it pan fried?” The waiter always has to check with the cook. But yes, he said he could do that and in the future, we should ask for “seasoned and seared.” Cheryl made a note of that in her phone.

Growing up we often had corn served with our meals. usually, cream style but sometimes whole-kernel. Rod particularly liked having it with his mashed potatoes; he liked to mix the corn into the spuds. But every time we asked a waiter for corn the answer was, “No, that’s not available.”

So the last time we came to Outback Cheryl brought with her a small thermos of heated kernel corn. When the dinner was served and the waiter departed out came the thermos, and Rod and even I had corn with our steak and potatoes. I think I particularly liked the corn because it was contraband. I wondered if we were discovered bringing in our own veggie would we be charged as is done with bringing in one’s wine, a corkage? Maybe a “cob-age” charge? I said “What if other customers see corn on our plates and try to order it too only to be denied. Would they cry out, “How come they have it?” We had a  lot of laughs over those plates of beef, asparagus, potatoes…and corn.

When “younger” brothers, Lee and Rod trekked an older boardwalk

Rod topped off his meal with two beautiful 22 oz frozen steins of Bud Light. I had a couple of crappy O’Douls. We toasted our recently deceased sister, Lorraine. She always joined us in past dinners such as this. And she was greatly missed.

On the ride back to Rod’s assisted living, he spoke of how much he looked forward to these meals. He said that in the middle of the night he often thinks about an upcoming dinner date like this with great anticipation. “And it’s not just the steak dinner either,” he said, “it’s the company of you guys. And I really mean that.”

That made for a rich dessert for me, for Cheryl too.