With the media full of examples of greed, selfishness, and just all around thuggery, we might be excused for feeling underwhelmed by the theme of the “season of giving.” But I keep coming upon examples of lives well-lived through doing a bit for others.

I’ve often said, “When you’re feeling low and need some help, just look around and help someone else. You might find it all comes back around to kiss you on the cheek.”

She said, “Painting comes naturally to me, I’m doing what I love.”

I was having a late lunch at the Greek Palace in Merrick on Sunrise Hwy when I saw the artist painting on the window.

Her name is Diane and she paints windows for all seasons but she also paints on canvas, and furniture, turning the latter into distressed beauty.

She’s also a nanny who works on E. Penn St. in Long Beach and at another home in Massapequa. Diane loves Long Beach and takes the tots in her charge to our beach often.

A year and a half ago Diane broke up with her husband of 30 years and she found herself needing an income. Now, after a thirty-year marriage breaks up some might be so depressed that they seek solace from Dr. Jack Daniels or abuse anti-sad medicines from other doctors.

She picked up her paintbrushes and went to her heart. “I did nails for 18 years,” she told me but she said that painting is where her heart is. She said, “Painting comes naturally to me, I’m doing what I love.” 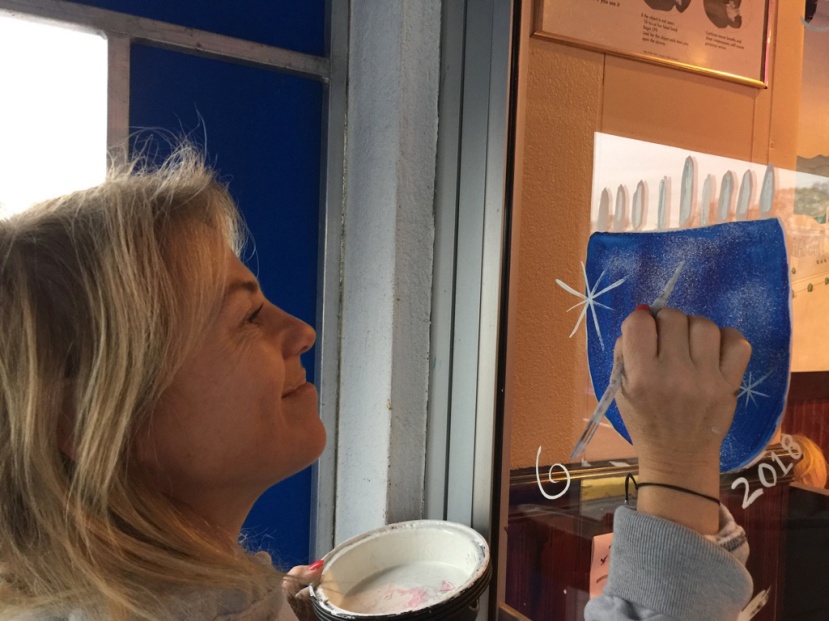 She “always painted here and there,” she said, her kids’ rooms when they were little. (The “kids” are no longer little but you’d never know Diane had adult offspring.)

She started by gaining experience working for a friend in big jobs. She said when things “got bad at home I needed my independence and money so I did a pizzeria for free.” 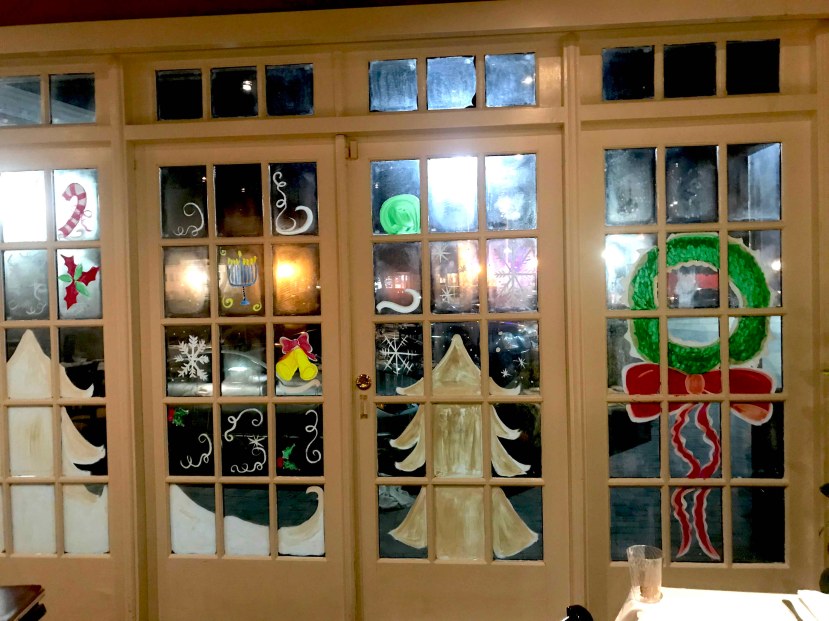 By donating her time and talent at windows and canvas and painting parties for fundraisers she became experienced and very adept at her art. Now, between her painting and nanny work, she’s able to pay her bills…and survive.

But there’s more from her heart than painting. More that comes naturally.

The night before Sandy struck Long Island Diane went to Merrick to check on the family trucks. She said that her family was in the tree business. She had her son in the car and the water was already rising. She said it was not safe “to walk in the water with the electricity.”

Diane said, “This young woman with two kids came banging on my car. The woman’s house had caught fire apparently from the effects of water and electricity,” she said.

She continued, “The kids were walking through the water. No one was around, it was dark… I took her to make a call then I gave her a ride to her dad’s in North Bellmore. She was out of her home for over a year. Do you know after a year she sent me flowers? ‘To my angel’ Because I gave her that lift to her dads?” But when the woman finally got back in her home after all the repairs, Diane said, “I donated the painting all of her kids’ rooms with flowers and race cars.”

The donated work Diane did on the renovated fire-ravaged home:

It’s apparent to me that when Diane speaks about painting and how “It comes to me naturally, I’m doing what I love,” there is more than painting that comes to her naturally, and she has no problem going again and again to her heart.

Yes, I guess the season of giving is year round for many of us. We just gotta look around.