An oystercatcher nest was destroyed right “before my eyes.”

As you’ve observed from previous posts we Long Beach residents love our oystercatchers. So when they set up their nests this year they were welcomed with great enthusiasm.

But when one nest just “disappeared” I was shocked.

Earlier in the day, I had been in communication with the Long Beach Commissioner of Public Works, John Mirando. He had recently forwarded my request for help with a hilltop shorebird nest to the Dept of Environmental Conservation: https://tinyurl.com/bdwkS-eyes So I hoped he might want to help a bit further.

I had noticed some people climbing the sand mound on which the nest sat so I thought some posted signs might be appropriate.

I asked Commissioner Mirando if he would consider posting signs, “Nesting Shorebirds, Keep Off”, and also increase the radius of the Magnolia beach cone circle, for that nest, to 20’.  He had agreed to that in 2016 when he met with South Shore Audubon Society leaders and me. He didn’t respond one way or the other to this recent request. It seemed like such a reasonable request. I know Long Beach has bigger concerns these days but still…

So when I went on a bike ride to check out the nests I had that noncommittal in mind. First, I saw that the Magnolia nest still had about a 10’ radius but the birds were sitting and the nest was so far safe.

I checked out the West nest atop the sand mounds and they were okay too.

The West Nest oystercatcher safe from tides and maybe even tykes

At that West area, I watched the nearby Army Corps of Engineers doing their fantastic work of distributing and leveling the sifted sand from another mound. Great, our beach park will be smooth and ready for Memorial Day weekend and our shorebird nests will have been protected too. All with the help of the concerned parties.

…on my return towards home, I saw that the Magnolia beach nest was empty, no nest. 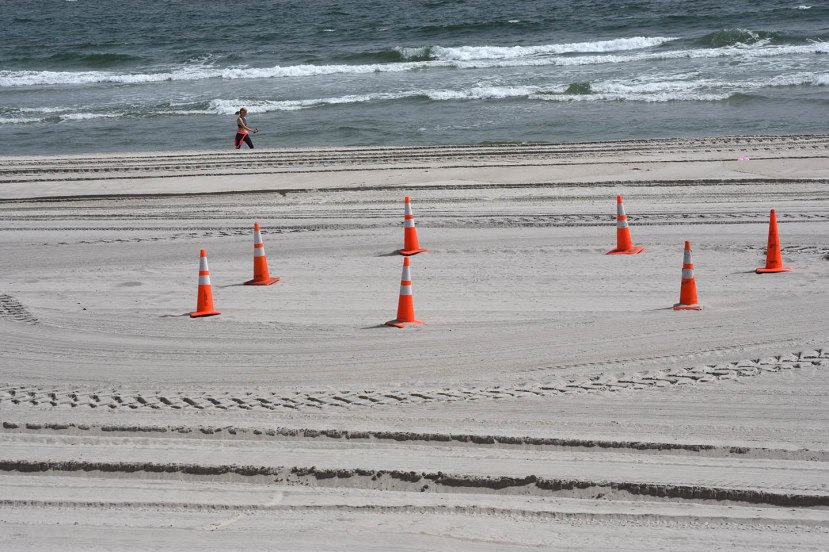 The “no nest” circle of cones

The cone circle was there but the area inside the circle looked smooth and even, as if it had been recently rake-leveled. An oystercatcher flew overhead, apparently, to me, in grief. 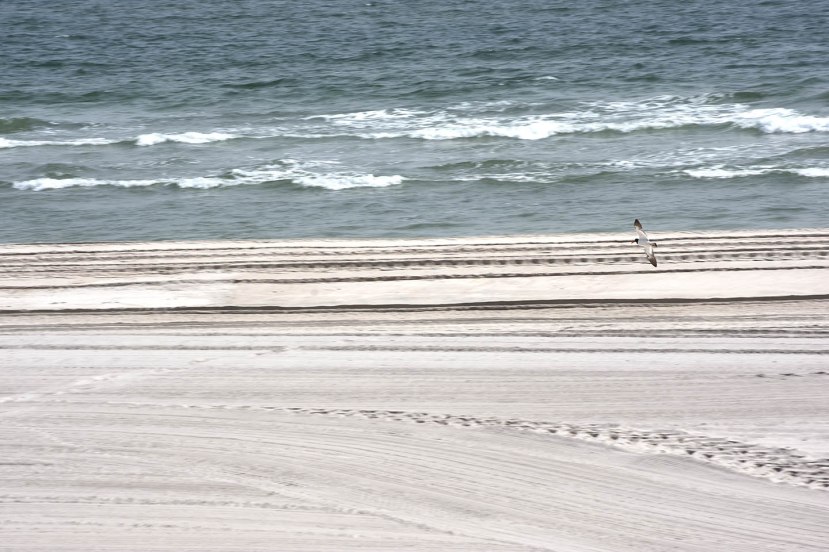 WTF, I thought? Apparently, someone had moved the cones and some machinery had swept the nest away. No machinery was in the area, neither beach rakes nor Corps of Engineer equipment. I watched as an oystercatcher flew round and round the site.

I tore home on my bike, wrote a scathing email to the Commissioner, then notified our local Facebook oystercatcher group, https://tinyurl.com/OC-Chrn of the incredible nest destruction.

some hours later, I learned to my monumental chagrin, that the nest and egg were intact…just not visible to this boardwalk witness.

What on earth had I done?

The oystercatchers sometimes, but rarely, will both leave the nest unattended to fly and feed. In my anxious mind, I never considered that.

By now the post that I put on the oystercatcher chronicles had spread, through shares, to other Facebook sites. My failure to investigate and determine what actually happened, and to subsequently report fake news about the nests enraged many. Angry oystercatcher lovers engaged in online attacks against our dedicated Long Beach maintenance crews. 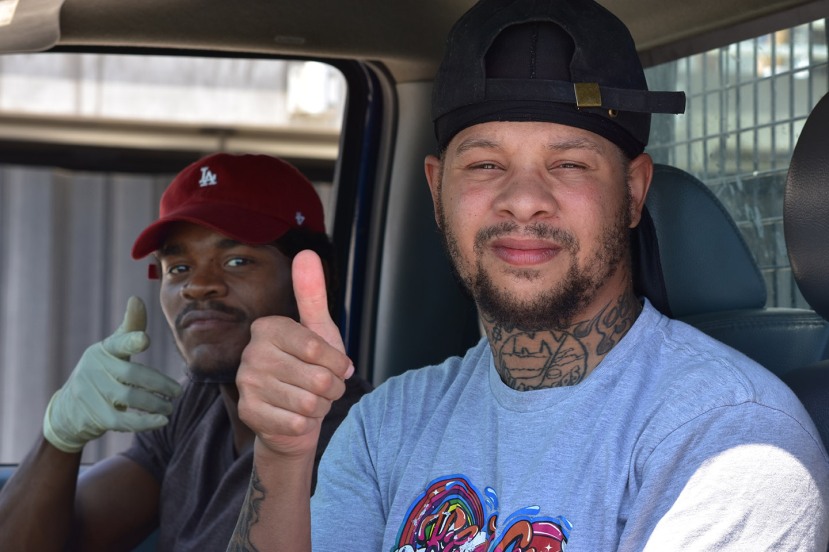 These crews suffered needless accusations of “barbaric” action because of my bumbling action. The Long Beach maintenance staff have been nothing but helpful in protecting our shorebird nests. They’ve placed cones, they’ve placed stakes, they’ve placed signs, without any need for being ordered to do so.

Long Beach staff, Vincent Sarnicola is chased by an oystercatcher as he attempts to cone-up nest area.

They would do even more if they could, like increasing the radius of the cone circle to 20′. I think they’d put up flashing yellow lights if they were allowed! But they can only do what they are allowed to do. They do need their jobs, you see.

So I had to email the Commissioner, confess my error and apologize. I had to write on the oystercatcher chronicles to express my sincere regrets. And now I’m here expressing my remorse and stupidity to the Long Beach Maintenance staff and to you all as well.

But maybe we all can learn something from my poor judgment.

Perhaps I’m not alone in having made erroneous judgments and engaged in bad actions based on poor perception. If you have never done such a thing you are indeed fortunate. But maybe you know of someone who has.

And maybe we can better understand how a police officer, in pursuit of a fleeing suspect, can interpret a cell phone in the dark as a raised pistol. An interpretation made with adrenaline pumping, made in seconds, made in the dark, not the daylight-beach conditions and sunny timelapse that I found myself in.

Perhaps some of us come to conclusions too quickly about things without taking the time to investigate further.

I think sometimes anxious minds filled with preconceived notions, can “see” those notions developing as reality, developing as facts…that are not really there.

I sincerely apologize to any who have suffered through my error in judgment. I am embarrassed, of course. But I’d rather be painfully embarrassed than to see those vulnerable shorebirds harmed, or to see hard workers thought of as uncaring or malicious.

And I count myself very fortunate to have never had to make a bad, split-second dark-alley or subway tunnel decision…a decision that cost a human life.