For You and Me and Ours 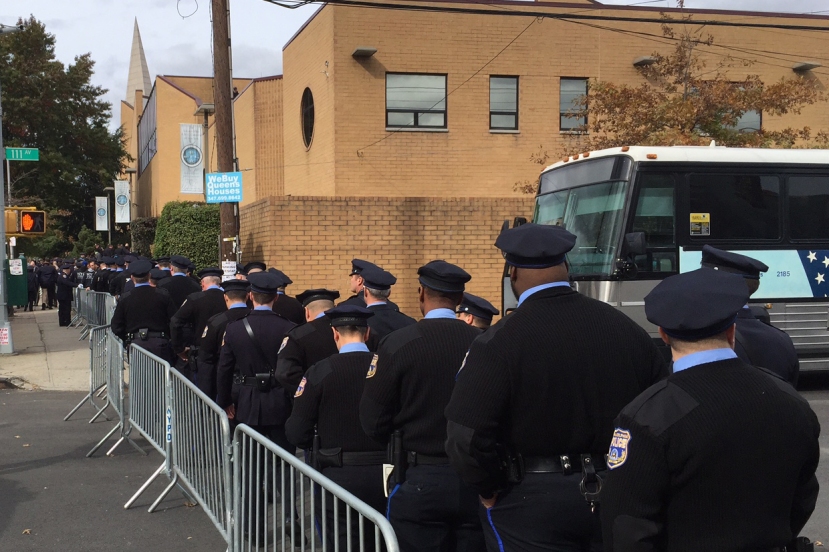 The trajectory of the bullet that struck Police Officer Randolph Holder’s head started long before the pistol was even manufactured.

We gather from points near and far, our battered Brotherhood. From California to the Caribbean, we come to meet in sorrow. Again we hear, “shocking”, “appalling”, “terrible tragedy.” But one more Police Officer who served to protect us is gone forever. And no words will heal our hearts.

New York City Police Officer Randy Holder was of a family of lawmen, his dad and granddad preceding him in police service; his killer was of a street tribe of guns and drugs…and murder. The killer’s name won’t soil this page, its only appropriate place is in the court docket that will bring him to justice…justice long overdue.

The killer had many chances to redeem himself, his rap sheet is long with arrests and “second” chances. He burned behind him the bridges of opportunity he was offered. Yet somehow he was offered one more…a diversion program meant for the salvageable and he had crossed and burned that weary bridge long ago. 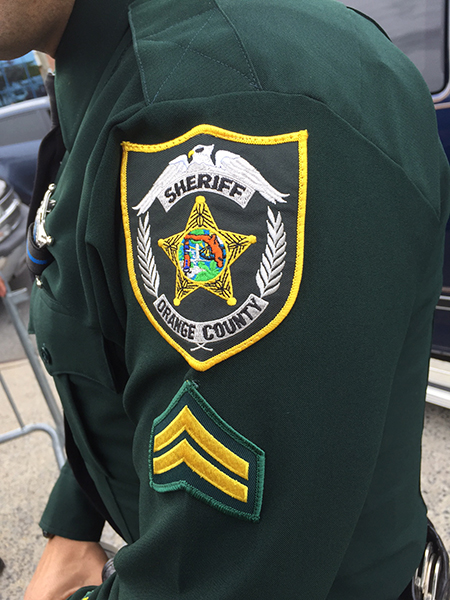 When cops get killed there is little patience for hearing about diversion programs, understandably so. But the programs do have value when administered well. It costs $375 per day to keep an inmate in the Nassau County Jail or $136,000 per year. In Rikers Island, New York City’s jail, the cost is, $460 per day or $168,000 per year. We all can envision a lot better use of that money. The diversion thinking is: remove a salvageable inmate from high-cost crime school and involve him in drug programs, education and job training. When it works it saves money…and people. People who may one day pay taxes instead of debts to society.

But if diversions are to work properly and receive better public support, maybe more comprehensive background checks are needed.

After retiring as a New York City Transit Police Detective I worked in an Alternative to Incarceration Program or ATI. It was different from the program in which the killer was admitted, a different type of program, at a different place and time. We bailed pre-trial detainees from the Nassau County Correctional Center in East Meadow, NY. The program, the Nassau Bail Bond Project, was under the Education and Assistance Network, a not-for-profit agency.

We were very careful not to bail out violent detainees. We would vet each case carefully, not only by rap sheet but by personal interviews of contacts: associates, neighbors, employers, relatives. These were not references. We sought the truth. We spoke to former landlords, ex-wives, ex-girlfriends, former mothers-in-law. These contacts were invaluable in assessing the case but also in retrieving the defendant should he abscond. Sometimes that happened but I was able to retrieve and return to jail every one of them in the five years I was there. The contacts take time and resources but at $168,000 in jail costs per inmate it’s worth it…in many ways.

Most importantly, if we learned a defendant had a propensity for violence, incidents not even on his rap sheet, he’d not make the cut. This killer would never had made it. His prior gun violence would have negated his entry into our programs even without a conviction. Those who did make the cut had a real chance to turn it all around.

But it doesn’t always work out that way. Sometimes diversion is a bridge too far. Sometimes the path is too well set. Trajectories start early, when young boys don’t have a diversion program of dad who is actually present, a dad who supports a family, a dad who is a model of hard work, who is there for guidance, a dad who will spend time fishing from a bridge with a boy. Call it a home-style alternative to incarceration program. Because without it, the young find a street family with bonds stronger than at home. A family of a faux brotherhood of “smart” dealing and “easy” gun play. A family where the young learn to game the system, game life.

Police Officer Randolph Holder chose his trajectory, one of police service, a tradition of his hard working family. One of a Brotherhood of Blue. A Brotherhood lately besieged with acrimony from many who would wide-brush-paint them with words of “brutality” and “terror” as if they were a local form of ISIS. The same wide brush so vehemently, so forcefully protested when it’s used on them.

Police Officer Holder ran to the sound of angry bullets. He ran to protect the citizens of New York City. He ran to a bridge. He ran toward a trajectory that started long ago. A trajectory ending at a bridge from which young boys should fish. He ran to his death…for you and me and ours.

May our fallen Brother, your Protector, rest in the peace he tried so valiantly to keep.