Got Gratitude? Take a Number!

“There was this soldier with his wife and young daughter. They were visibly upset.”

I have a long history of wanting the things I do and say preserved…forever. I’ve sent one or two pages from my journal to my children, now adults, of events in their lives. I laminated the pages in the hope they would last a hundred years.

So I was always amazed at the monks of Tibet and their wisdom in surrendering to impermanence. I’m so far from that wisdom. The monks express it when they paint with sand and create the intricate art of mandalas.That’s their way of writing posts on this Earthbook page that is before us every day. 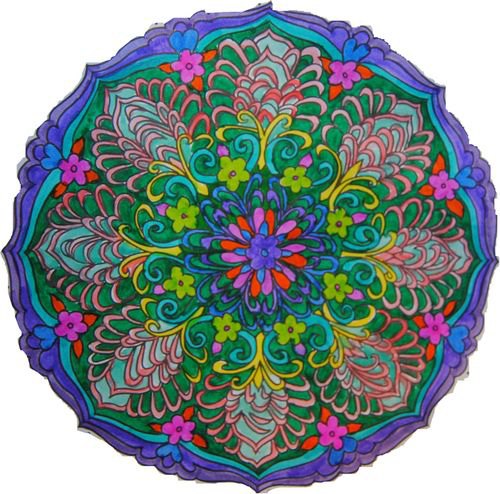 It takes days, sometimes weeks to carefully place the different colored grains of sand in the exact spot to produce a whole circle of beauty. When it is finished it is destroyed in a ritual and the sand returned to flowing water and the Earth. But the expression was from the heart and all who experienced the moment will carry it in their own hearts.

I know a man who works with sand-art too. His name is Matt Long and he is a sand sculptor. He’s done fine work here in Long Beach and around the globe.

He also knows his art is temporary and that’s okay with him too. He and the monks bring beauty into the world with their bare hands using the media of Mother Earth. For a short period of time their art exists, it is experienced…and then it is gone. But the experience lives on. The experience, once again was the receiving an expression from the heart. 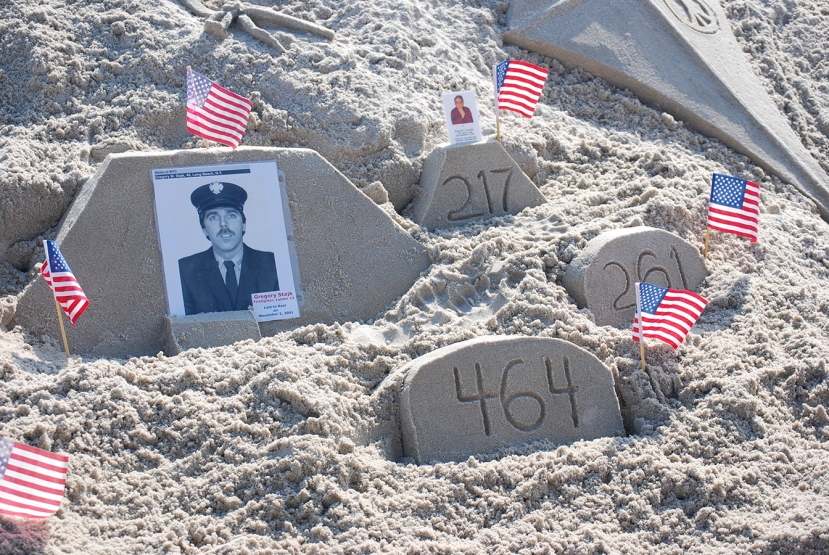 You might recall I wrote in my blog post, “THIS, Is What We Do”: thisiswhatwedo, about a Facebook Friend who did some fine work on Earthbook at a restaurant at the holidays. When Matt, the sand sculptor read it he wrote to me about an experience he encountered in Charlotte NC. 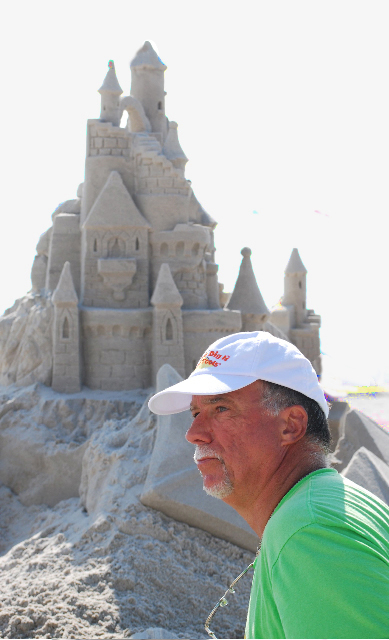 When I recognized that the theme of Matt’s message to me was much the same as my Facebook Friend’s I decided to read it aloud so Cheryl could hear it as I read. I soon wished I had not started that task because I did have trouble finishing the words before me, the font got fuzzy somehow.

You will love this story. Yes, I have bought several meals for servicemen and women in airports when traveling. Once I bought McDonalds for seven in Dallas and what a great time we had.

But this one time in Charlotte I was eating in the airport restaurant. There was a soldier with his wife and young daughter. They were all visibly upset. It was evident that he was leaving them for a while. I signaled my waiter and said I would like to pick up their tab.

He told me I would have to wait on line as two of his other customers already made the same offer. The waiter told me people bought soldiers meals there regularly. Charlotte like Dallas seems to have a lot of military personel passing through. He said thanks, I said thanks and that it was all good.

But he wasn’t the only waiter and it was clear that other wait staff had similar offers from their customers because a minute or two later the manager steps over to the soldier, puts his hand on his shoulder and says something to the effect of, “Apparently just about everyone here wants to buy this family dinner. And I can’t figure a way to split it all up between you, so they’re not getting a check from us here today! Save your money for the next soldier and the soldier after that!”

There was some applause, and the mom started to cry more, and then the manager and then the whole damn place was crying. When they got up to leave there was more applause and people stood up. Everyone cried some more. It was a moment I’ll never forget.

This was America writing on a page of Earthbook. That transient moment was a poem of action. A poem that filled the air with words of support. A poem of standing and clapping and tears that wrapped around that distressed family like a collective hug.

But it too, was as sand in the wind.

Soon after, the page would be turned… the air would be still…till the next brave family arrived.

But I think each “grain of sand”, whatever its hue, was changed just a bit that day and maybe through Matt…us as well.

Yes, THIS, indeed, is What We Do. America, a pretty damn good place to live.