Finding a Gun Where Alone is Okay​

I first met Lenny a couple of years ago sweeping the beach with his metal detector.  I approached him when he came up the Lincoln Ave boardwalk ramp. I explained to him that other detectors I met had found interesting items they told me about. I asked about his finds. He told me he only started two days ago. We chatted a bit and I wished him lots of fun and adventure on the beach and that I was sure I’d be seeing him around.

This week, at New York Blvd beach I took a few shots of a detectorist in the distance.

I didn’t know it at the time but it was Lenny and he soon spotted me on the boardwalk. As he approached he asked if I was the blog writer he met a couple of years ago. I said, “Yes, I remember you.”

He said, “When you saw me then I was embarrassed because I was just starting. You told me about others who had such interesting finds” Now, he said he did have something interesting to tell me about. He sounded eager. I knew it would be interesting and it was.

He found a gun.

He came upon the Smith and Wesson, 38 at the western end of Long Beach last year. It was stainless steel with minimal rust. But it was just the body, no cylinder, no mechanism. It was apparently dismantled by someone. The serial number was still legible.

After Lenny dug the gun out, he saw a Long Beach SUV nearby and thought it was the police; the driver was talking to someone about a dog on the beach. When the black vehicle started moving, he flagged it down. But Lenny said he suddenly thought, “This is the dumbest thing I’ve ever done, standing here with a gun in my hand as a police car arrives.” So he put the gun down in the sand again. Smart, life-extending move, Lenny, I thought.

The officer turned out to be Animal Control and he called the discovery into his office. A detective soon arrived who interviewed Lenny. He later called Lenny to tell him the gun wasn’t used in a crime.

One wonders how such a weapon found its way to the shore. The shore is not static, it constantly shifts; shoals become holes, sandbars roll with the littoral currents. Did countless tides and storm-tossed seas move the undulating sands, and the gun, ashore? 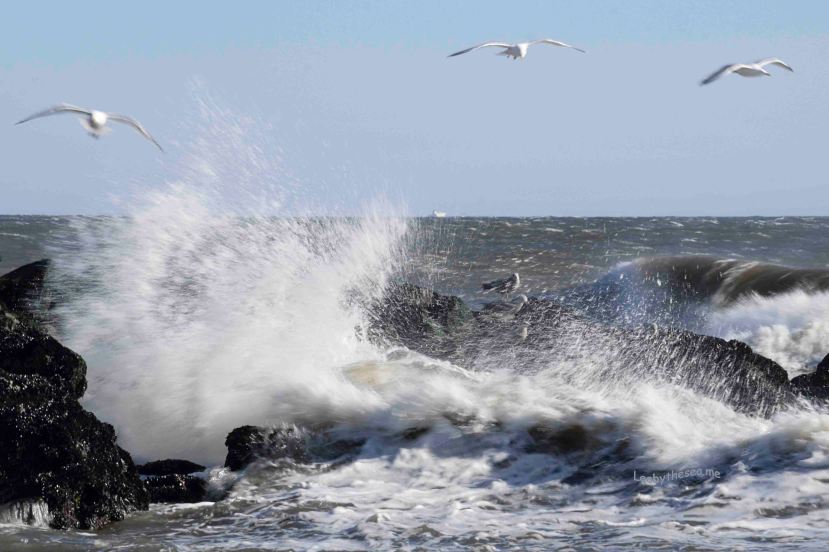 There are stories behind every find of a detectorist. A ring: who wore it, who gave it, what meaning did it convey? ( A past post, The Treasurists, includes a found diamond ring, it sold for $32,000:http://tinyurl.com/treas-hntrs ):

This 38 S&W revolver, ( a rollie in police parlance ), did someone dismantle a family firearm to prevent its use?  Did someone take a murder weapon apart and toss it to the sea, despite the detective’s report? We’ll never know.

But Lenny, joker that he is, called his adult daughter and told her he found a gun that was used in a home invasion, “I’m making up a whole story,” he told me.

He said, “My daughter was saying, ‘Really? Really? Really?’” Finally, Lenny confessed and said, “No, I’m making it all up.” He told her it was true that he found the gun but reminded her that when she was a kid he teased her all the time like that and he just had to do it to her again.

Lenny said since we last met he did find some old coins and a couple of gold rings too, he found one this year. He has a quart container of coins.

Lenny, 78 next month, once owned a printing company but left it for a job from which he will retire in about a week. He started working part-time at Chall Marine Supply in Freeport NY but he ended up staying for thirteen years. I asked how he felt about leaving. He said, “I liked the people. I’ve met some very special people working there, terrific people, super people.” Lenny said this in such a way, using those exact words, with such emphasis, that I felt what he said. I felt he met the best people he had ever known, at Chall Marine. People, making a good impact on other people. It’s just so…freaking good. This troubled world could use more of it. 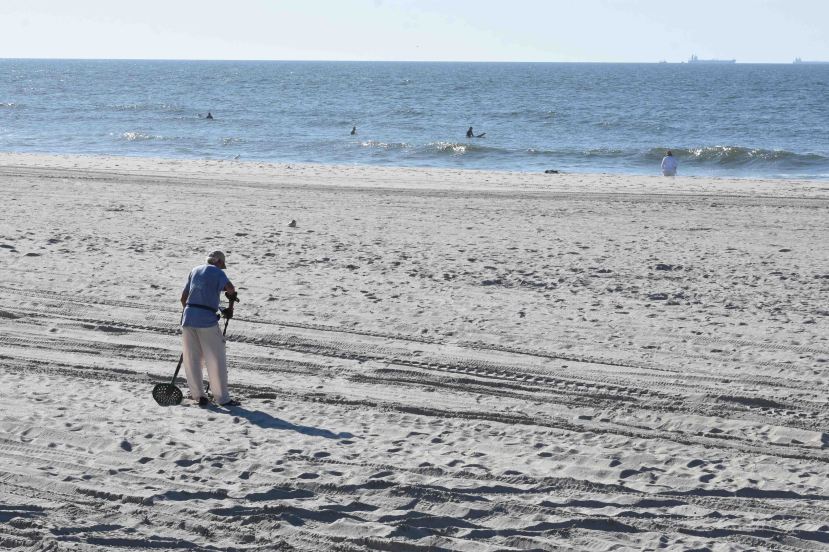 Lenny has been on the sea since he was six. He has a 26’ Mako, he’s had it 31 years and he loves to fish from it. But, “This to me is fishing too,” he said, nodding toward the beach. “I fish on the sea and on the sand.” He said he just loves nature.

He used to fish with friends but as age caught up with them they left his company aboard his Mako.

Lenny’s wife used to fish with him too but she’s not as crazy about the sea as he is, he said. She started getting seasick, she doesn’t go with him now. She’s fine with him sand sweeping. She’s fine with him fishing too, but not his fishing alone. It’s the safety thing. It’s also a love thing, I think.

But Lenny likes being alone. He said to me, “I don’t know if it’s just me but there comes a time when alone is okay…it lets your head find its place.”

Lenny said she was right. He said, “The ocean’s different, sometimes it’s your friend, sometimes it beats you up. But you gotta go through the shit to appreciate it.”