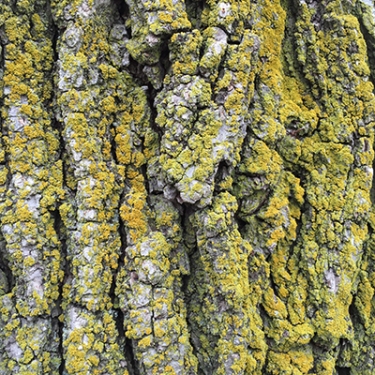 Dope-slapped twice, have we awakened?

I was a Marine at Guantanamo Bay, Cuba, in the fall of 1962 when the world faced extinction in the Cuban Missile Crisis. It was the same time Rachel Carson published, “Silent Spring”. Both events were seminal in the world’s focus on human brinksmanship with life on Earth.

When you’re up close to an oak’s bark you feel it first with your eyes. You see the shady-side moss spreading in a green to yellow iridescence. You can reach out and touch its rough fluted bark and know decades, even centuries of life within.

I paused in an oak’s shade whose squirrel-stored acorn gave birth to it long before my great granddad was born. And my great grandkid’s children too, might someday walk in the same shade I cherish today. White oaks can live for 450 years. I once stood in the shade of a Live oak at Johns Island, SC that was 400-500 years old, Its acorn sprouted just about the time Columbus set sail. *

White oak and Southern Live oak were used in shipbuilding; In 1797 the USS Constitution was built using both. Wine and bourbon barrels are made of white oak as are interiors of many American homes. Native Americans also used it as medicine. 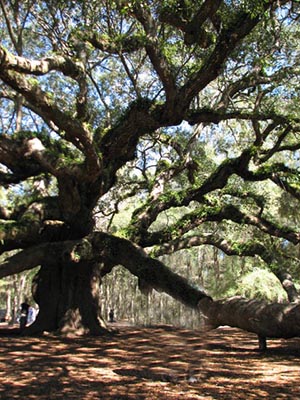 Now, an acorn might be overused as a metaphor of tiny to towering. But it does speak so eloquently of the power of words by one person growing to global significance.

Rachel Carson, Sept. 1962: “As crude a weapon as the cave man’s club, the chemical barrage has been hurled against the fabric of life…” 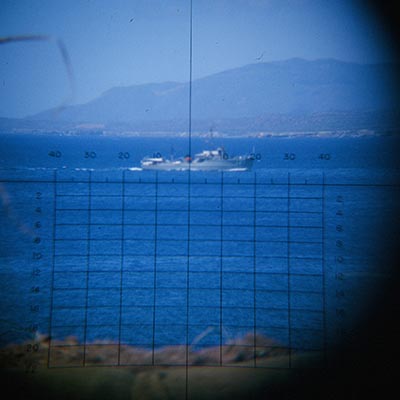 JFK, Oct 1962: “… policy of this nation to regard any nuclear missile launched from Cuba against any nation in the Western Hemisphere as an attack by the Soviet Union on the United States, requiring a full retaliatory response upon the Soviet Union.”

Earth, slapped in the face, twice.

The Cold War annihilation threat is almost a thing of the past. But extinction, through self inflicted environmental stupidity is still with us.

Rachel Carson’s words, fought fiercely by the chemical industry, ultimately led to the creation of the Environmental Protection Agency, the EPA. 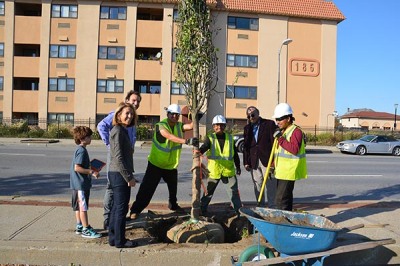 Her book was the acorn, that grew to environmental awareness throughout the globe. It is epitomized by Earth Day that we celebrate today as we continue to preserve our environment against industrial pollution.

But, “Silent Spring” would not have had its effect had it not been planted in good soil. It takes nutrients and water to grow an oak. And it takes fertile human loam to make ideas flourish into productive action. Sen. Gaylord Nelson, Earth Day’s founder, tilled that loam  at an environmental teach-in Apr. 22, 1970. And today, we can help it grow like an oak with a lush, mushroom-cloud canopy. 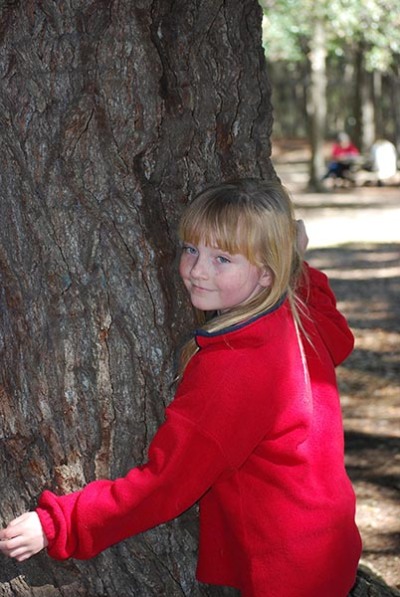 An angel hugs the Angel Oak

Every tree we plant, every letter or e-mail we send, every vote we cast nourishes the idea of healthy environmental concern.

You and I need to act as best we can so that our grandkids can reap the shade of our efforts today. Plant a tree, yes. But nourish environmental concern through letters, texts, emails and votes.

Feel the Earth. Touch a tree. Know life under your palm. Know what we must continue to do. Be the difference.